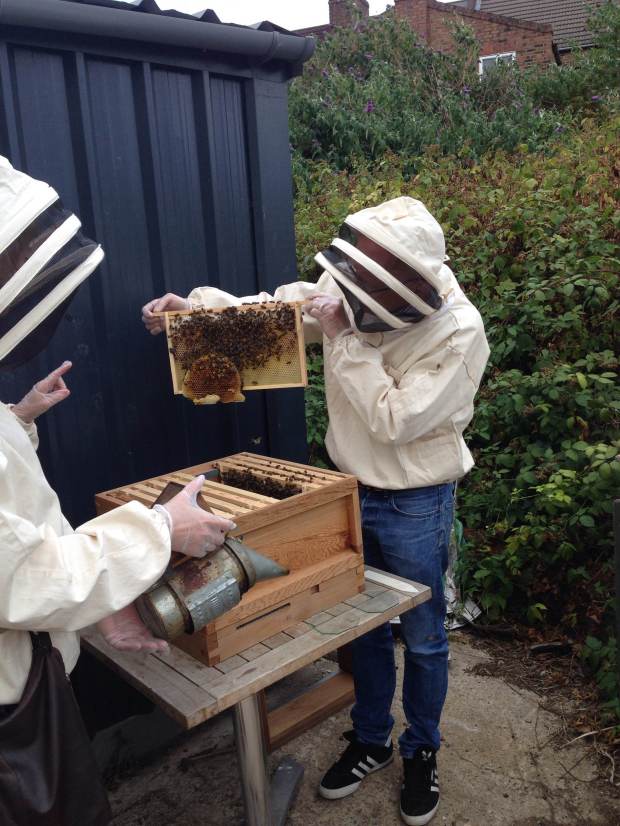 Well, we didn’t get to cover the birds but the bees blew us away – and the cakes were plentiful and delicious.

On Sunday the Glengall beekeepers helped us don suits while the brave put their hands in their pockets and their hoods up, and we watched and listened to the Story of Bees. Then Florence brewed tea, the rest ate cakes, and artist Sophie Herxheimer created her live stream of marvellous visual poems.

Here’s what we learned about BEES.

* The average worker bee produces half a teaspoon of honey in her (6-week) lifetime. Yes, they’re females.

* The drones’ sole function in life is to mate – with the queen.

* The queen is a reproduction machine. When her time is up, a year or so down the line, a small number of larvae are selected and fed on royal jelly. A few days later, they pupate, then fight it out, with shocking Killer Stings, to win the crown.

* Bees hibernate in winter and, left to their own devices, feed on the honey they’ve collected and sealed, while ‘factory-farmed’ bees are fobbed off with sugar substitutes. Which is one of the reasons that 21st-century bees are in serious decline.

Other reasons for the demise of bees include:

* The march of climate change; diminished habitat (when did you last see an old hollow tree?); farmed fields like rape being treated with pesticides; hybrid flowers being sterile, wild flowers diminishing, and, in the countryside, a lack of diversity. This is why urban bees, with their access to gardens, are, unexpectedly, flourishing.

Want to know more? Then join the natural beekeepers at Glengall Wharf Garden! 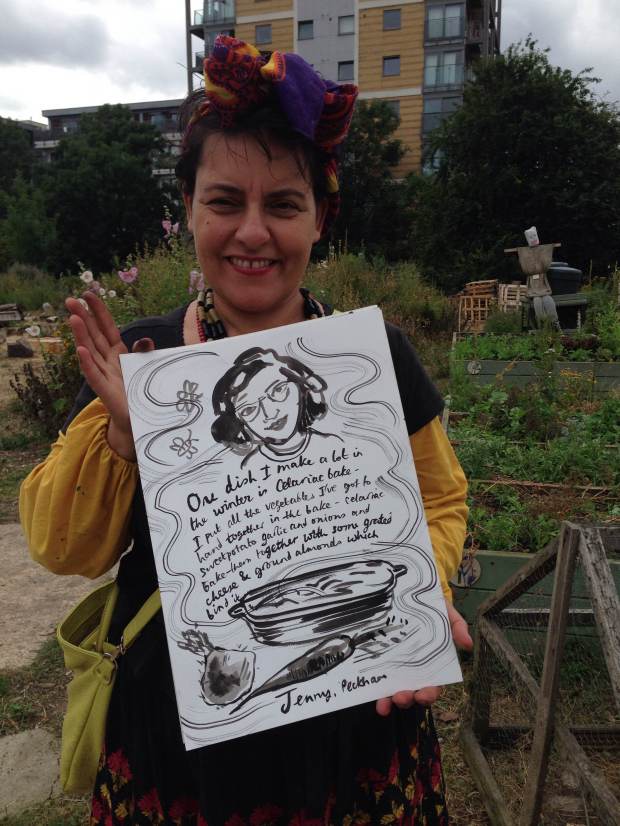 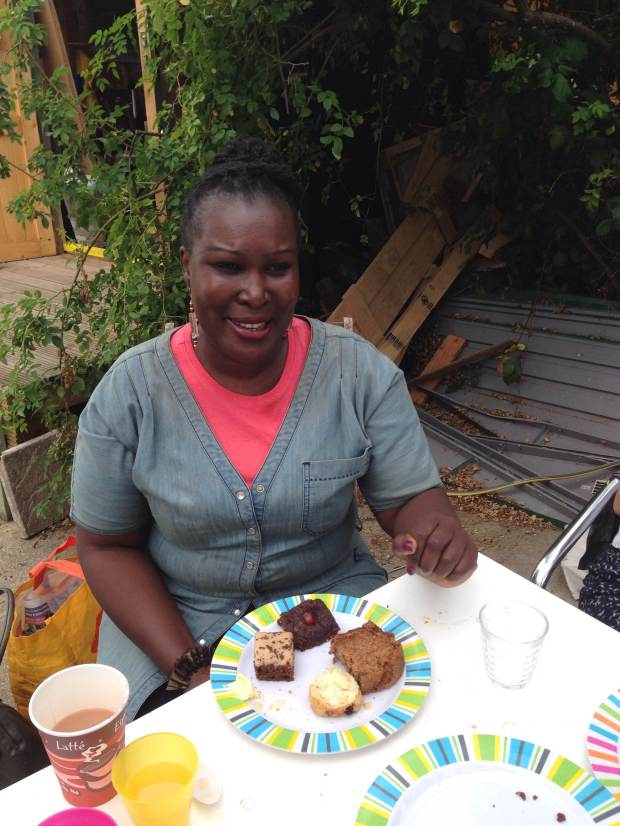 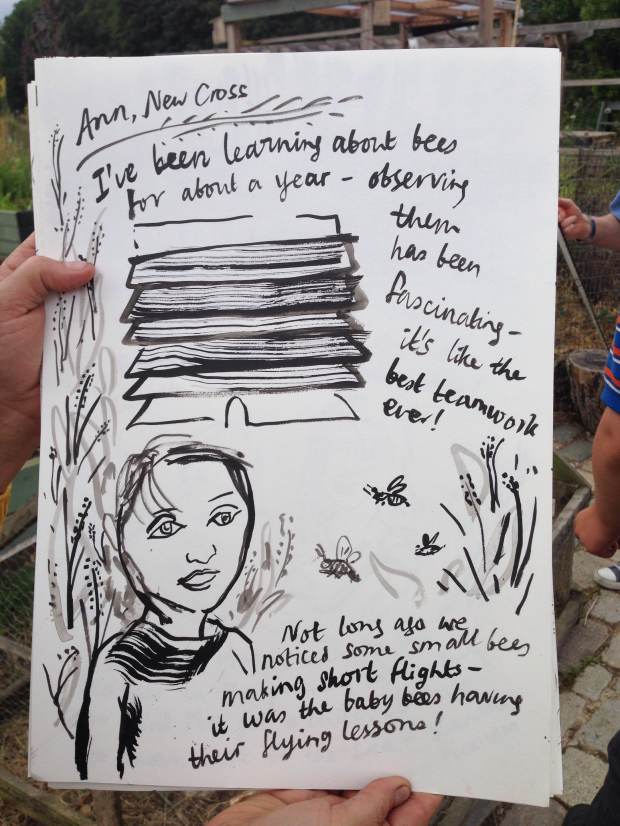 Lots of lovely new signs up around the garden!
Our food growers have been busy!
All Hands on Deck is back today from 3pm - 7pm.
Plant sales are becoming more regular at the garden 🤗. We’ll be holding them every last Sunday of the month and we slated have a smaller selection of both indoor and outdoor plants available during our weekly sessions.
We have lots coming up in the garden - as well as our regular sessions we have a two week yoga trial starting on Tuesday, our upcoming Essentials of Permaculture workshop and a handful of @nestfolk Campfire Club events.
New workshop alert! We’ve got two dates for Essentials of Permaculture.
My Tweets